Billingsgate began its life many moons ago as a general market port for commodities such as coal, iron, wine, pottery and other goods, dating back as far as the Roman times. In the late 1600’s the famous fish market was born when Billingsgate was declared a ‘free and open’ market for fish. Surprisingly, until the first trading hall was built almost 200 years later in 1850, the huge market comprised of nothing more than wooden sheds. 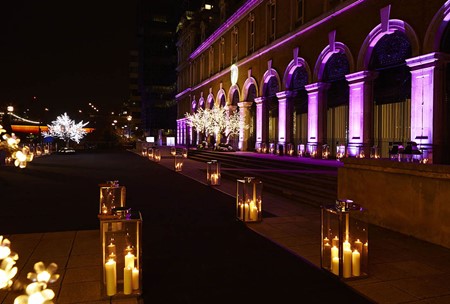 The first permanent building soon reached capacity and in 1877 a new building, designed by the famous City architect Sir Horace Jones, was officially opened by the Lord Mayor. Thanks to the sturdy foundations that were laid as deep as 50 feet below the Thames, this is the same building that still stands today. A beautiful roof of louvered glass and lattice-girders was designed to improve hygiene standards by providing the fish market with plenty of natural daylight and ventilation.

By 1982 the fish market had out grown Billingsgate so relocated to a purpose built warehouse in London’s Docklands. Since the refurbishment by Sir Richard Rogers, it’s walls have been privy to a wealth of new experiences from luxurious weddings to exciting products launches and enlightening exhibitions. Old Billingsgate has the perfect space for every occasion.

The Vault is oldbillingsgate's hidden gem. Concealed beneath the banks of the River Thames, the exposed brickwork and vaulted ceilings create a unique atmosphere that is perfect for distinctive sit down dinners, parties and conferences.The Victorian architecture has been enhanced with an adaptable new lighting and sound design to offer a cool and contemporary event space. 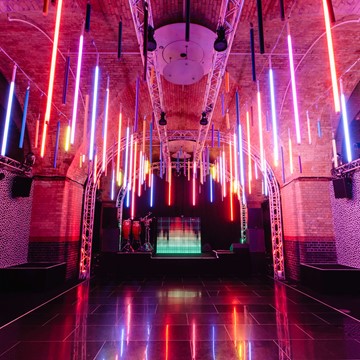 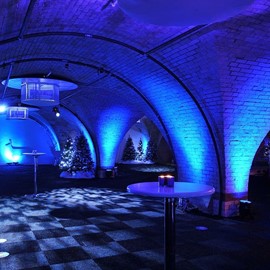 This magical venue welcomed 300 guests who, in a palatial reception space, were initially entertained by a swing orchestra before being led into the West Hall for a spectacular dining experience. The celebrations culminated with an indoor firework display, choreographed with projected effects and a shower of confetti. 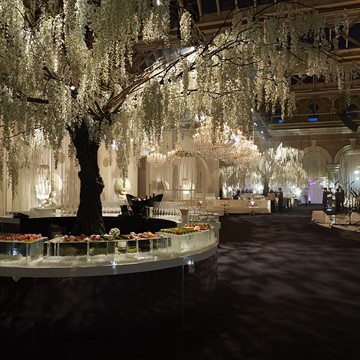 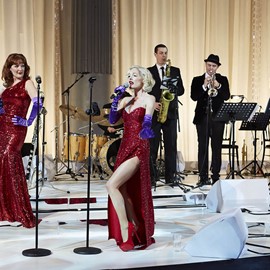 Our experts, specialists and technicians are on hand to help you bring your event to life at this stunning venue. Get in touch to talk about your event at Old Billingsgate. 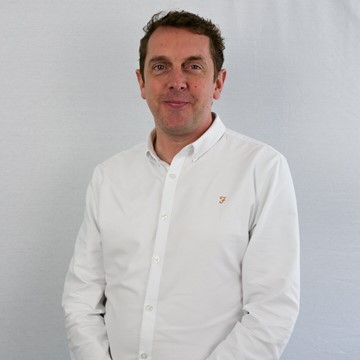