Our Venues: The Inside Story

Waiting for The Whale


One of our most iconic venue partners the Natural History Museum is undergoing some historic changes this year as the beloved ‘Dippy’ ends his 35-year stint welcoming young and old alike on the start of their journey through the wonders of the museum. Taking on the role will be a 4.5-tonne blue whale skeleton who will be suspended from the ceiling of Hintze Hall in a dramatic nose-dive orientation. 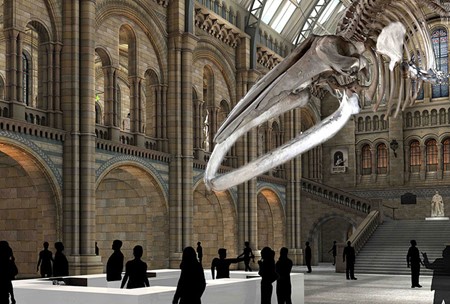 The whale was stranded in Wexford Harbour in Ireland in 1891, ten years after the Museum opened. It was bought by the Museum and first went on display in the Mammal Hall in 1938 .

Appropriately whales in fact play an important role in the museums’ origin. The museum’s founder Sir Richard Owen, when Superintendent of Natural History at the British Museum, campaigned for the collections to be removed and housed in a separate, dedicated museum of natural history. He argued at the time that:

'The very fact of the whales being the largest animals upon the Earth, is that which makes it more imperative to illustrate the fact and gratify the natural interest of the public by the adequate and convenient exhibition of their skeletons.' 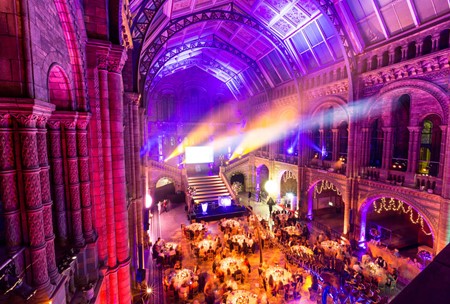 We’ve created some spectacular events over the years in Hintze Hall with ‘Dippy’ at the centre of it all, the Believe in Magic Cinderella Ball being a personal highlight

The Hintze Hall reopens this summer and its new centrepiece will be revealed, Head of Production Management for Event Concept Adam Wright is excited; “We’ve created some spectacular events over the years in Hintze Hall with ‘Dippy’ at the centre of it all, the Believe in Magic Cinderella Ball being a personal highlight. But the new whale is a spectacular new centrepiece and presents an exciting new challenge for all the production team here at Event Concept. We are looking forward to creating even more memorable experiences with the newest resident in Hintze Hall’.

Some people may be under the impression that the museum has gone into hibernation, but this couldn’t be further from the truth. While what is going on behind the hoardings that now obscure Hintze Hall is for none to see, the rest of the museum is in full swing with exhibitions, private and public events scheduled and many of the museums other event spaces available for hire. Be it the grandeur of North Hall with its terracotta tiling; the steel beams and reflective glass of the Darwin Centre or Earth Hall and the celestial map that adorns its walls, there are so many corners of the Natural History Museum that bring events to life.

Excitingly the Museum and its various spaces has been nominated for Best Unusual UK Venue in the 2017 M&IT Awards. Taking place on the 3rd March the awards, hosted by Eamonn Holmes, celebrate the best of the Events industry. 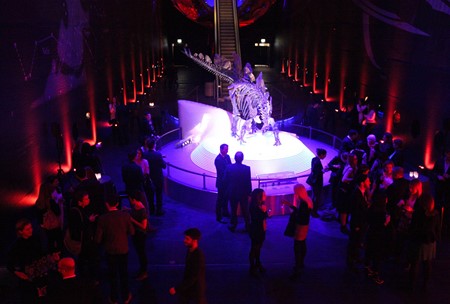 Elsewhere in the museum The Wildlife Photographer of the Year exhibition is on until September. The exhibition features the collection of 100 exceptional images that reveal the astonishing diversity of life on our planet, from urban foxes to mountain hares.

And don't miss the chance to go behind the scenes with the NHM's knowledgable science educators for a look at the Museum's fascinating zoology collection preserved in spirit. On the tours, running to the 31st March, you’ll meet Archie, a 8.62-metre-long giant squid, view specimens collected by Charles Darwin himself and learn more about the cutting-edge research conducted at the Museum.

VIEW OUR WORK AT THE NATURAL HISTORY MUSEUM 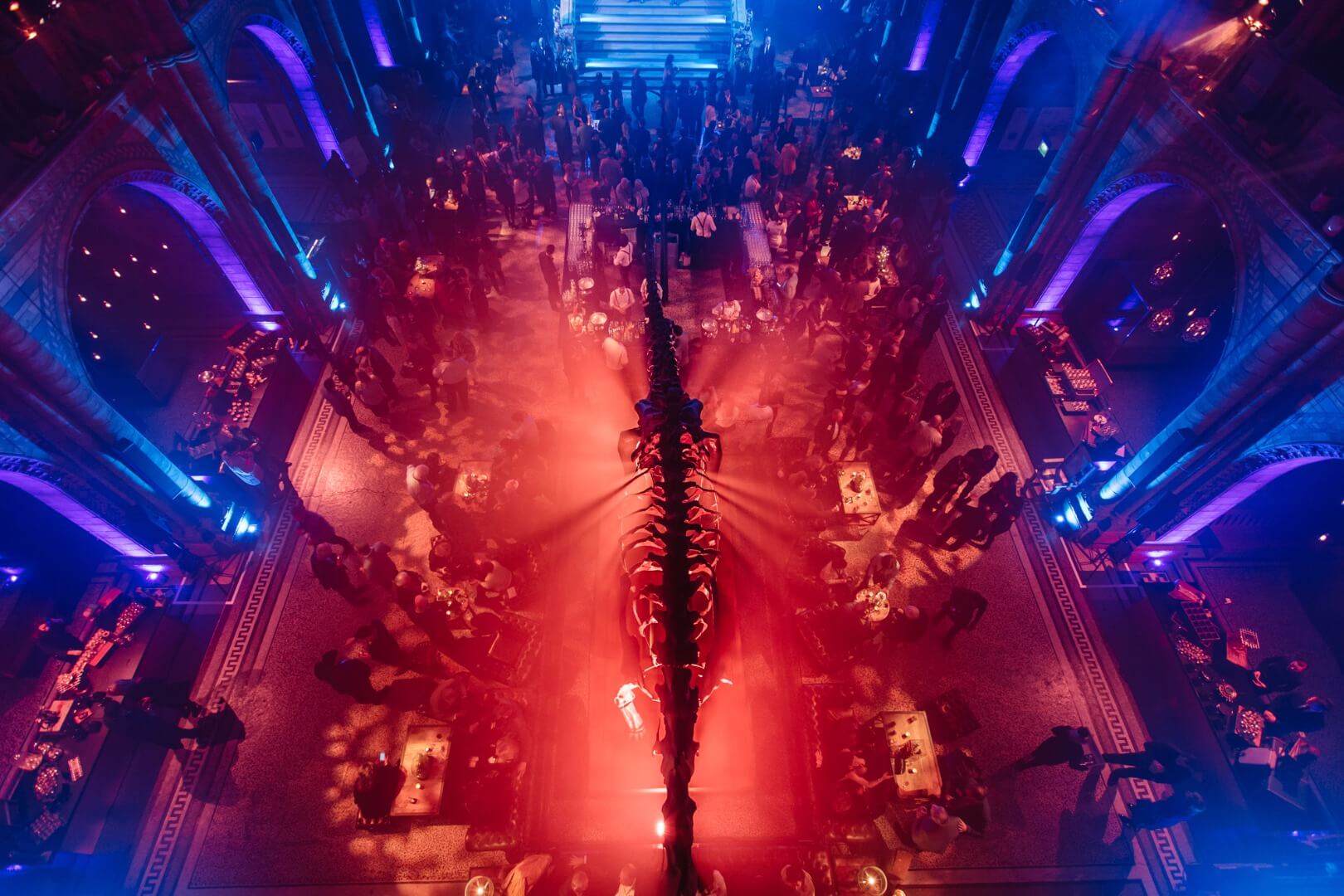 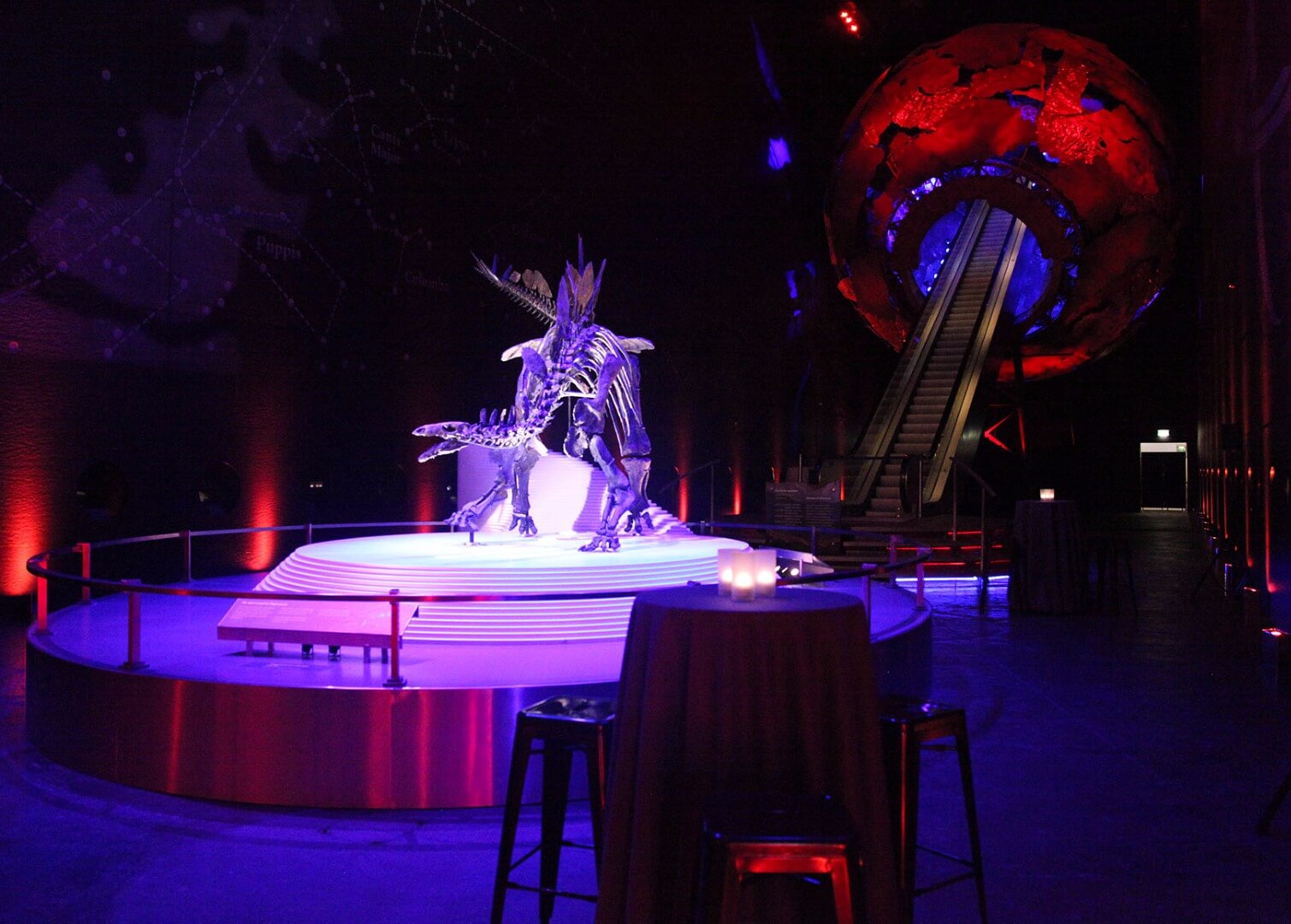