This summer's heatwave has seen the UK and Europe bask in sunlit festival glory. From Victoria Park's All Points East in London’s East End to Gilles Peterson's Worldwide festival in the south of France festival goers have been ditching their wellies for their sun screen. 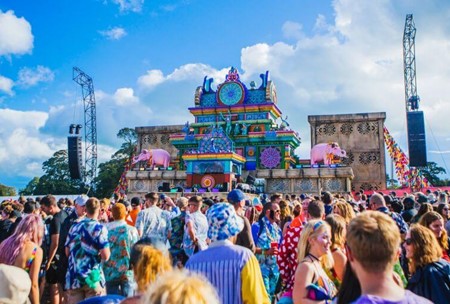 Far from the domain of a counterculture, the mainstream popularity of festivals continues unabated in the UK and throughout Europe. Today, rather than asking ‘if’ you are attending a festival over summer, the more appropriate question relates to ‘which’ festival you are attending. Partly this is due to the sheer number of festivals on offer with genres catering to the broadest of interests; family-orientated creative arts festivals such as Latitude, hedonistic paradises like Tomorrowland and EDC, and rite-of-passage players such as Reading & Leeds. It is little wonder that it’s within these live environments that marketers unearth audience gold and festivals become hotbeds of targeted commercial messaging where meaningful connections are made between brand and customer.

FMCG brands are often cited among the early pioneers of festival partnerships with beverage brands finding a natural home within the space; new product offerings are promoted alongside established crowd-favourites and the brand experience extends well beyond the bar. More recently businesses from sectors as diverse as fashion retail to banking are striking lucrative festival deals and organisers are demanding brand activations that genuinely enhance the attendee experience. With this, we’re seeing the calibre of experiential activations improving every year with beacon technology refinement and MR (mixed reality) a strong current trend. John Riccardi, a strategic account manager at Eventbrite, commented, “With both festivals and venues, content is always going to be an incredible driver of engagement and value — engagement with attendees, and value for potential sponsors.”

Extending reach and value, commercial partnerships live beyond the fields of a festival site. Capturing and banking photo and video assets affords year-round digital content for organisers and brand partners to maintain a dialogue with their loyal communities. Whether reflection of an ‘epic set’ or an image of friends rejoicing, the content-rich nature of festival environments means community managers are spoilt for choice in finding engagement angles long after the event has ended. Provoking FoMO, attendees at last year’s V Festival were encouraged to live stream their experience to all their friends absent from the festival. A multifaceted entertainment platform, savvy commercial partners will continue to turn to festival organisers to generate and share content to complement their on-site immersive activations.

Here is a round-up of some of our favourite festival brand activations:

True to their brand positioner, ‘making food discovery more exciting for everyone’, Just Eat brought their online ordering and delivery experience to life across a handful of festivals. The ‘Just Eat Waiter Service’ brought food and drink to hungry festival-goers and helped remove that annoyance of having to queue for food. 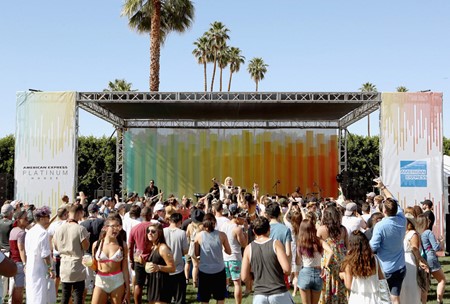 American Express is well known for its influencer marketing campaigns and brand ambassador program. Its #AmexAmbassadors campaign showcases influencers enjoying exclusive benefits and experiences that come with having an American Express credit card. In keeping with its reputation for exclusivity and a luxury lifestyle, the brand hosted a star-studded party in its Amex Platinum House for influencers and platinum card members. The Coachella installation served to strengthen the association between an American Express card and luxurious experiences.

The brand partnered with a star-studded cast of celebrities to promote its platinum card and Coachella party. Actress Laverne Cox, singer Justine Skye, and model Rocky Barnes were just three of the celebrity influencers who captured their appearance at the gathering via sponsored content on Instagram.

This year, the brand revealed the 4GEE Smart Tent in the centre of the 900-acre site featuring connected technologies including a bespoke mini fridge that tweets when stocks are running low, an entertainment centre screening the BBC’s live streams of six stages from across the festival, and exclusive VR content captured on site.

The strategic positioning of EE as official technology and communications partner allows them to facilitate community and tap into the shared commonality of the festival’s broad demographic. By going back to basics and giving festival goers the tools to maximize their experience they garner goodwill whilst underlining their brand positioner of ‘connecting people with the world.’

ASOS at Way Out West

Online retail clothing giant ASOS commissioned Event Concept and #HASHTAG to create an emoticon pixel wall at Way Out West Festival in Sweden.  Festival attendees in the ASOS tent were invited to jump in front of the branded photo booth to create a memory with their friends to treasure forever. A secondary copy of the photo was printed for ASOS and became part of a pixel wall display placed prominently outside the activation space. Three days and thousands of photos later, the combined images made up two giant festival emojis.

Flanked by David Hockney masterpieces, our team provided the technical precision and innovative design to deliver this truly unique event

Driving presence outside of summer months and complementing their targeted year-round social media calendar, Portmeirion-based Festival No.6. partnered with the Tate Britain in March to create a brand extension dubbed ‘a music festival in an art gallery’. Flanked by David Hockney masterpieces, Event Concept provided innovative design and technical precision to deliver this unique event which brought the enchanting atmosphere of Festival No.6 to central London and provided guests with a sample of the festival’s September programme. Ed Potton of The Times described the night, ‘In one night the Tate had been restaurant, theatre and concert hall and, as the DJ Greg Wilson closed the night with Orbital and Steely Dan, it became a club. A surreal and splendid happening.’

Similarly, we recently worked with private members' club The House of St Barnabas on their Festival Embassy series. Working alongside three of their founding members we helped to create the world of Rob Da Bank’s Bestival, Andy Wetherall’s Eat Your Own Ears (Field Day), and Gilles Peterson’s south of France based Worldwide Festival. The series gave attendees – potential festival goers – a unique taste of the broader festival while aligning the festivals with the The House of St Barnabas’ charitable purpose. The partnerships represent the coming together of carefully curated communities sharing common values and it is with this that successful brand partnerships are created.

Tapping into the power of influence, Walter Frye, VP of Global Experiential Marketing & Entertainment Partnerships at American Express, recently commented in an interview with Forbes Magazine; ‘American Express takes great pride in digging in deep with artists, letting them know what our objectives are within each partnership, so each partnership can be mutually beneficial. We put a lot of trust in artists. They are creative thinkers with their own point of view, and they've earned their influence because of that point of view.’

Event Concept works alongside festival organisers and their commercial partners to produce content solutions and to design and build bespoke brand events that enhance the attendee experience. 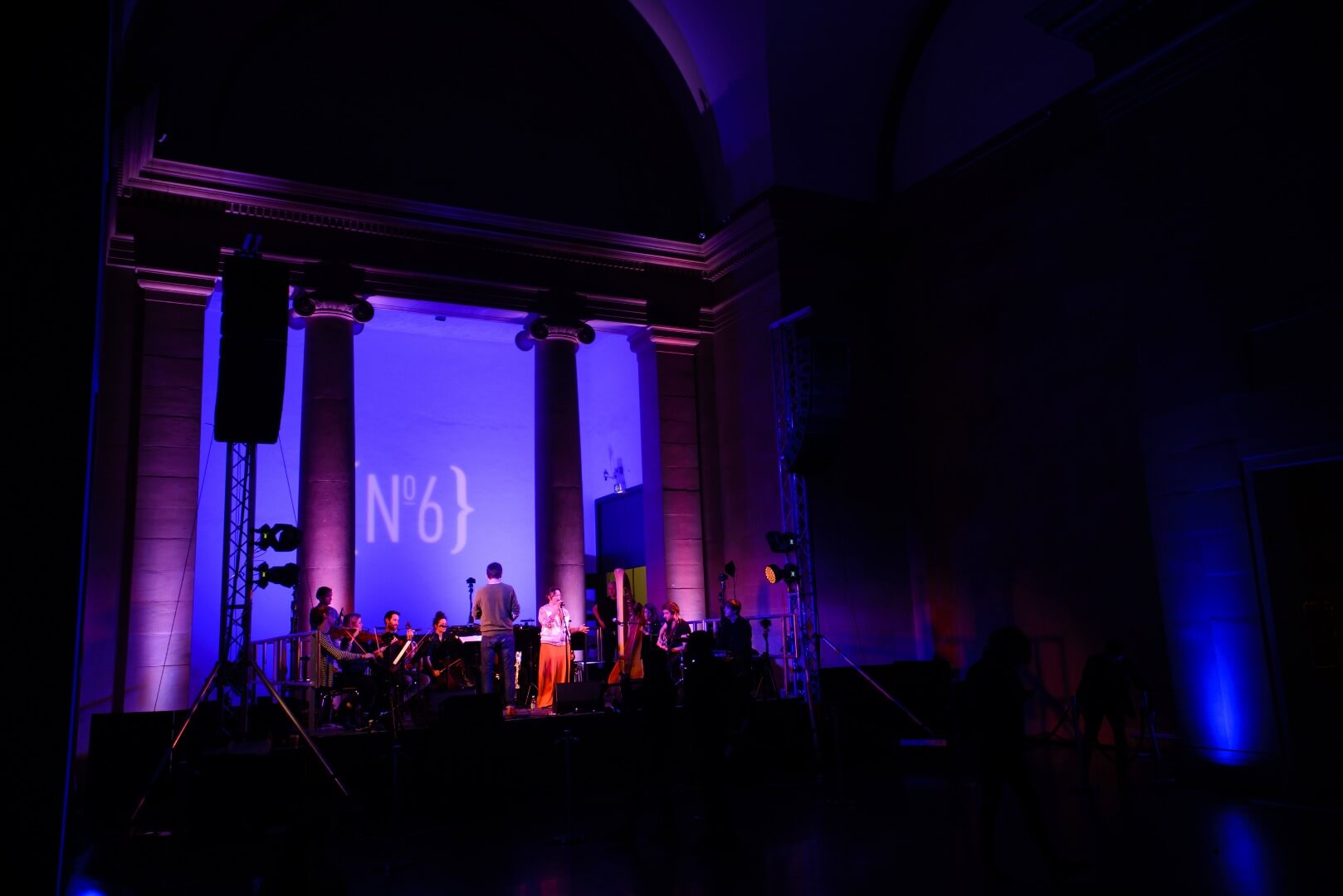 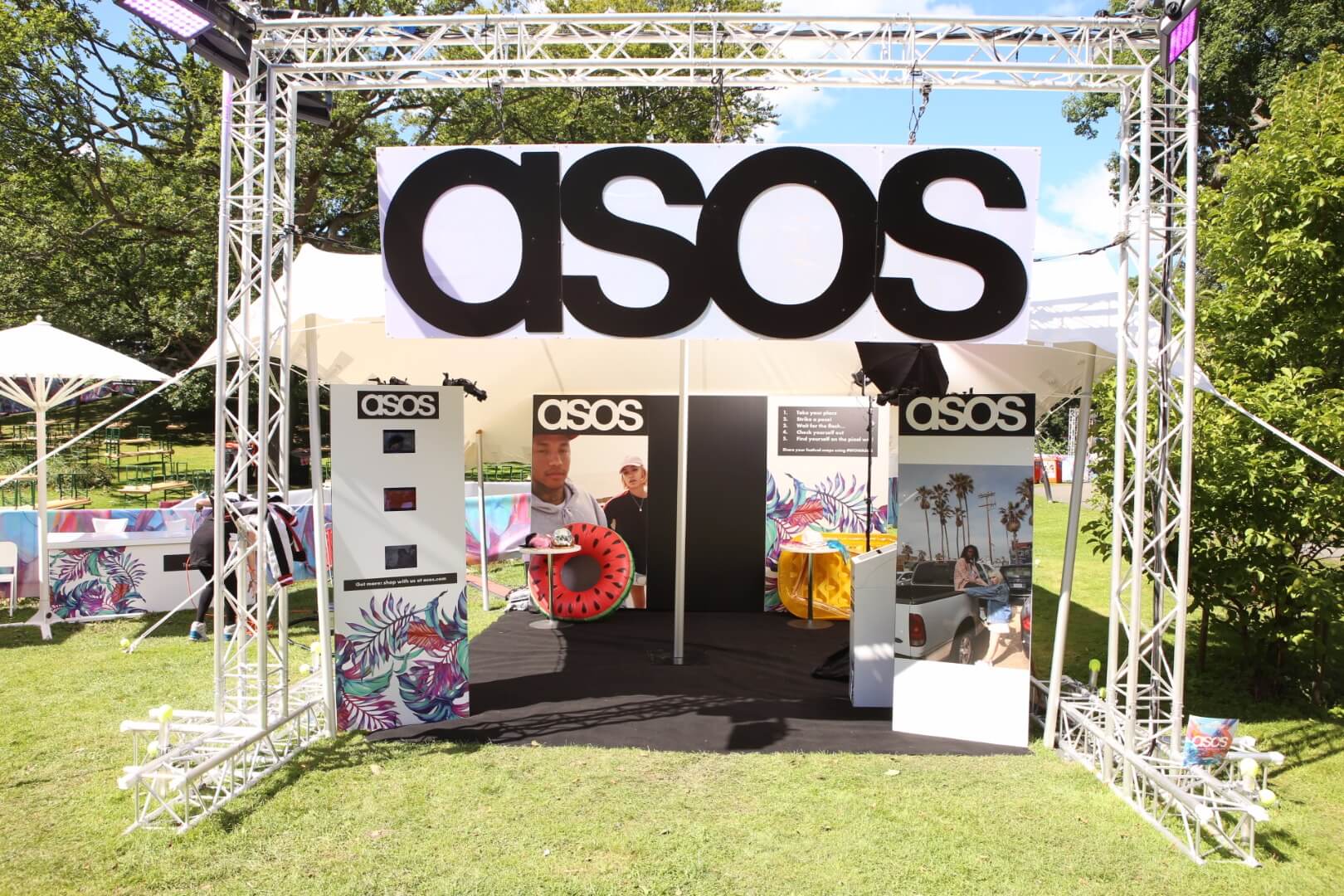