From the famed ‘Great Exhibition’ at the now lost Crystal Palace in 1851, to large trade expos at the Excel Centre and the O2 today, the UK has welcomed visitors from all corners of the globe to gather in grand spaces to share sector knowledge and scope new business. Be it automotive innovation or health technology, the UK represents a popular choice for global organisers to host exhibitions and trade shows. Overall, the exhibitions and trade fairs sub-sector has seen its value rise by an impressive 22.6% from £9.3 billion in 2011 to £11.4 billion in 2015 (Conferencing & Events – UK, September 2016, Mintel Group Ltd). 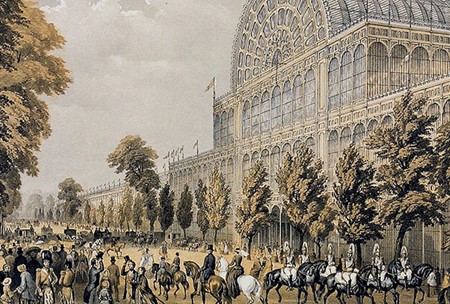 Many of the objects in the Exhibition were used as the first collection for the South Kensington Museum which opened in 1857 and later became the Victoria and Albert Museum.

Whether a high-octane trade show like leading drinks industry expo Imbibe Live at Olympia London or a thought-provoking assembly of clinicians at The Clinical Pharmacy Congress at the Excel Centre, the key is always to stand out from the crowd. Exhibitors that place emphasis on innovative stand design pave the way for a memorable exchange with their target; foremost, they view their exhibition stand as a vehicle to entice. When all parts work together – location, stand design, ambassadors, content and not least the product – trade show presence can drive real results.

Here is a handful of our favourite creative exhibition designs from around the globe:

Volvo Group Colombia was looking to showcase its line of hybrid and electric buses and vans at the  Feria Internacional de Transporte Corferias (Fitrans) show. Working with Deko Solutions, a stand was designed that reflected the automotive brand's commitment to Green technology. The design started from the ground up, literally, with the exhibit's floor comprised of reused shipping pallets topped with laminate that didn't require chemical adhesives. 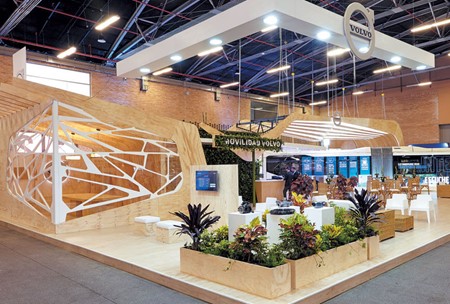 There are numerous ways to incorporate eco-friendly elements into stand design, but having nearly every component of a 94-by-59-foot exhibit boast a Green quotient is remarkable and bolstered the brand narrative to resonate with attendees. The design itself was striking.

Volvo's holistic approach to Green messaging extended post-show where, in a philanthropic spirit, the laminated floor was donated to a local school.

The Royal Horticultural Society was looking to create a central stand at their world famous RHS Chelsea Flower Show 2017 which enhanced their charitable purpose of promoting the value of gardens in society.  The end-to-end production of the exhibition stand, saw the Event Concept | Veevers Carter group work across every element from conceptual design and brand messaging to onsite project management, construction and planting. Working alongside the RHS to understand their overall objectives, our collaborative approach enabled us to create a bespoke exhibition stand that increased their share of voice within the Great Pavilion and redefined their presence at the flower show. Ming Veevers Carter, Creative Director for Event Concept | Veevers Carter commented: “The RHS wanted an installation which matched the immersive and elaborate designs being showcased each year by those who take part in the exhibition. The RHS Experience is a bespoke exhibition stand designed to enhance the experience of attendees. It is also a striking piece of contemporary architecture that encapsulates the essence of the RHS Chelsea Flower Show which enabled our teams to showcase the full extent of their creative talents.” 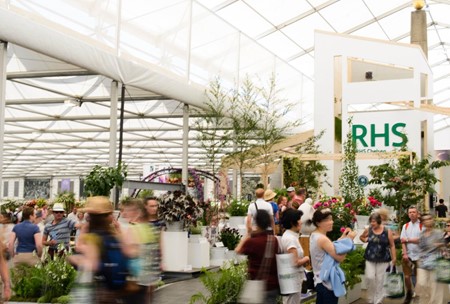 “For us, it was key that the finished exhibit enhanced our charitable purpose. We wanted a partner who could encapsulate the full and rich experience of the exhibition'

The installation was divided into four distinct zones -  Wellness, Wildlife, Advisory and Urban - for attendees to explore. Each zone communicated a specific brand message for the RHS, such as the role horticulture plays in promoting positive mental health (Wellness) and the society’s work in ‘greening’ metropolitan areas (Urban). Tens of thousands of attendees visited The RHS Experience, explored its zones, viewed key exhibitions such as Plant of the Year, Product of the Year, Master Grower, and the RHS Photographic Competition, and sought horticultural advice from knowledgeable botanists and gardeners.

When Take-Two Interactive Software Inc. planned its exhibit for the Electronic Entertainment Expo in Los Angeles, it wanted to transport attendees to the shady setting of its "Mafia III" video game, which takes place in a raucous New Orleans-inspired city called New Bordeaux. They worked with Freddie Georges Production Group, and an interpretation of the game's 1960s setting was created and offered attendees a unique immersive experience which transported them into the world of ‘Mafia III’. 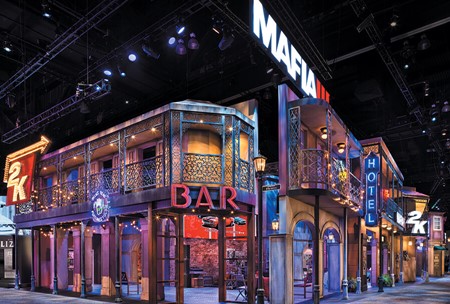 The immersive experience included a live jazz band, which filled the main street with '60s soul, and a quartet of Tarot card readers dressed in gypsy garb offering personalised readings. The powerful elements of the design were reflective of the theatrical and role-playing nature of video games and offered attendees a live action version of the gaming experience.

The ‘Mafia III’ stand exhibited strong theatrical elements and once attendees had finished exploring the lively streetscape they were invited into an Art Deco-style movie theatre showing clips of "Mafia III." Punctuating the spirit of the video game the experience culminated with a jazz funeral procession complete with pallbearers hoisting a casket with a keg of beer.

Theatrical performances and grand scale are not the only route to creating a powerful exhibition design. East London based lighting and product designer, Lee Broom, took a different approach when attempting to stand out from the crowd of world class designers vying for attention at Milan Design Week. His ‘Salone del Automobile’ saw him transform one of his delivery vans into a mobile exhibition stand. Described as “a dramatic and surreal recreation of a traditional Italian palazzo” the installation showcased his new lighting range ‘Optical’. The headline-grabbing idea generated strong interest in Lee Broom’s innovative designs and reinforced his reputation for creating ambitious exhibitions to display his designs. For example, in a previous Milan design week he turned a row of empty shops into a mock department store, and for London Design Week 2015 he transformed his Shoreditch showroom into a flower shop. 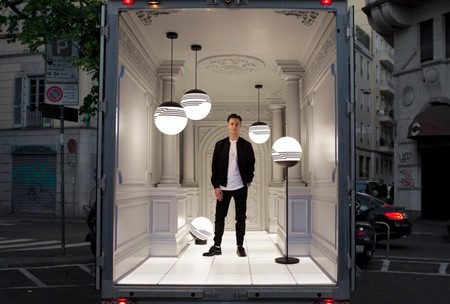 The vehicle looks like a normal delivery van from the outside. But when the back doors are opened the mini palazzo is revealed, complete with Corinthian columns and stuccoed details.

"It's a very surreal idea," Broom commented. "It's almost a kind of art installation. People will come past, take photos and leave. It's almost a blink and you'll miss it moment." The mobile exhibition stand moved around the city's key design districts throughout the design week and created a sense of anticipation as it appeared outside design shows containing more traditional stands. Broom culminated the tour of Milan with parking up outside the iconic Bar Basso for a special block party hosted with design magazine Dezeen.

Event Concept works alongside exhibitors to understand their core objectives to create exhibition stands with impact. 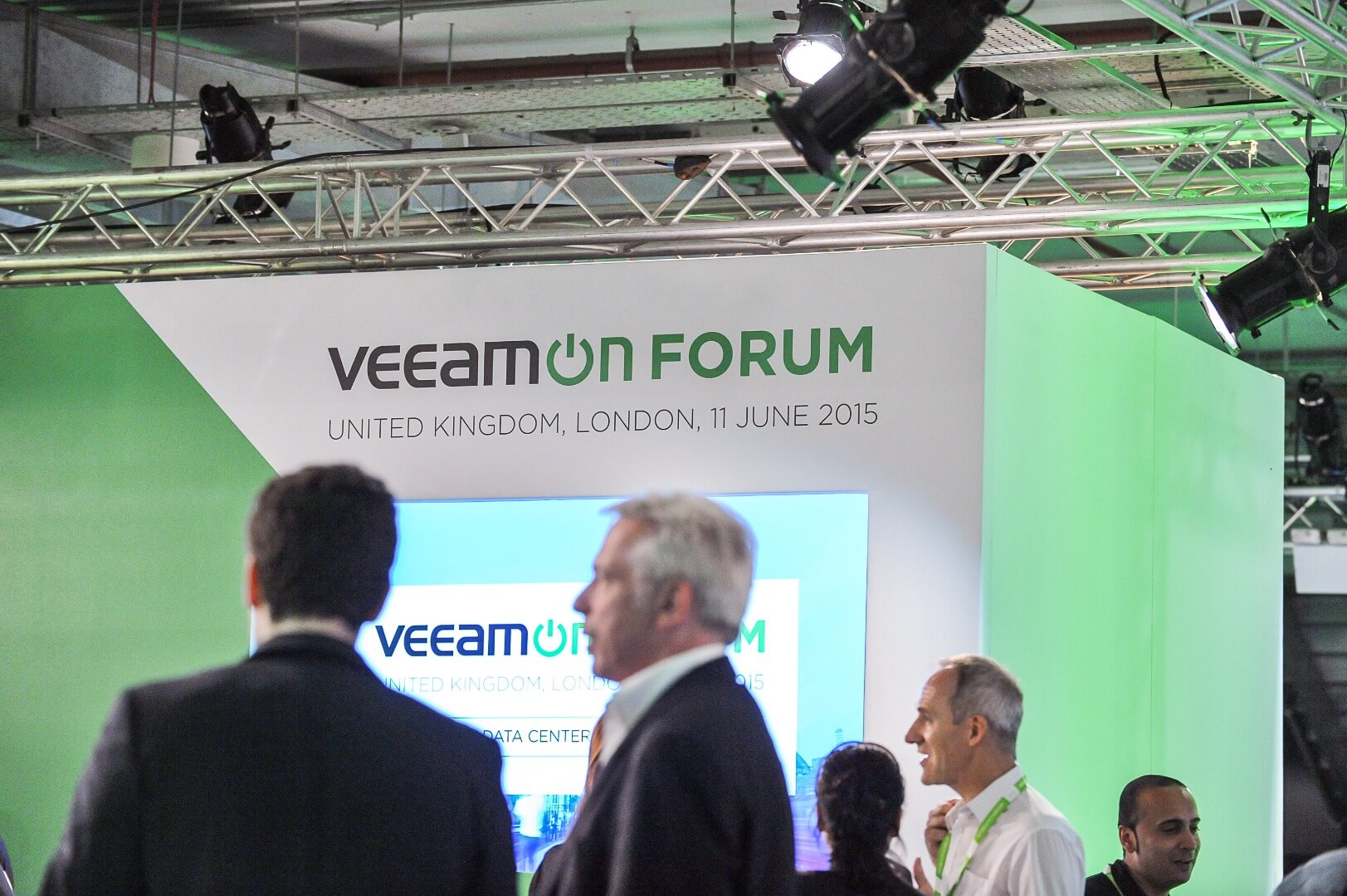 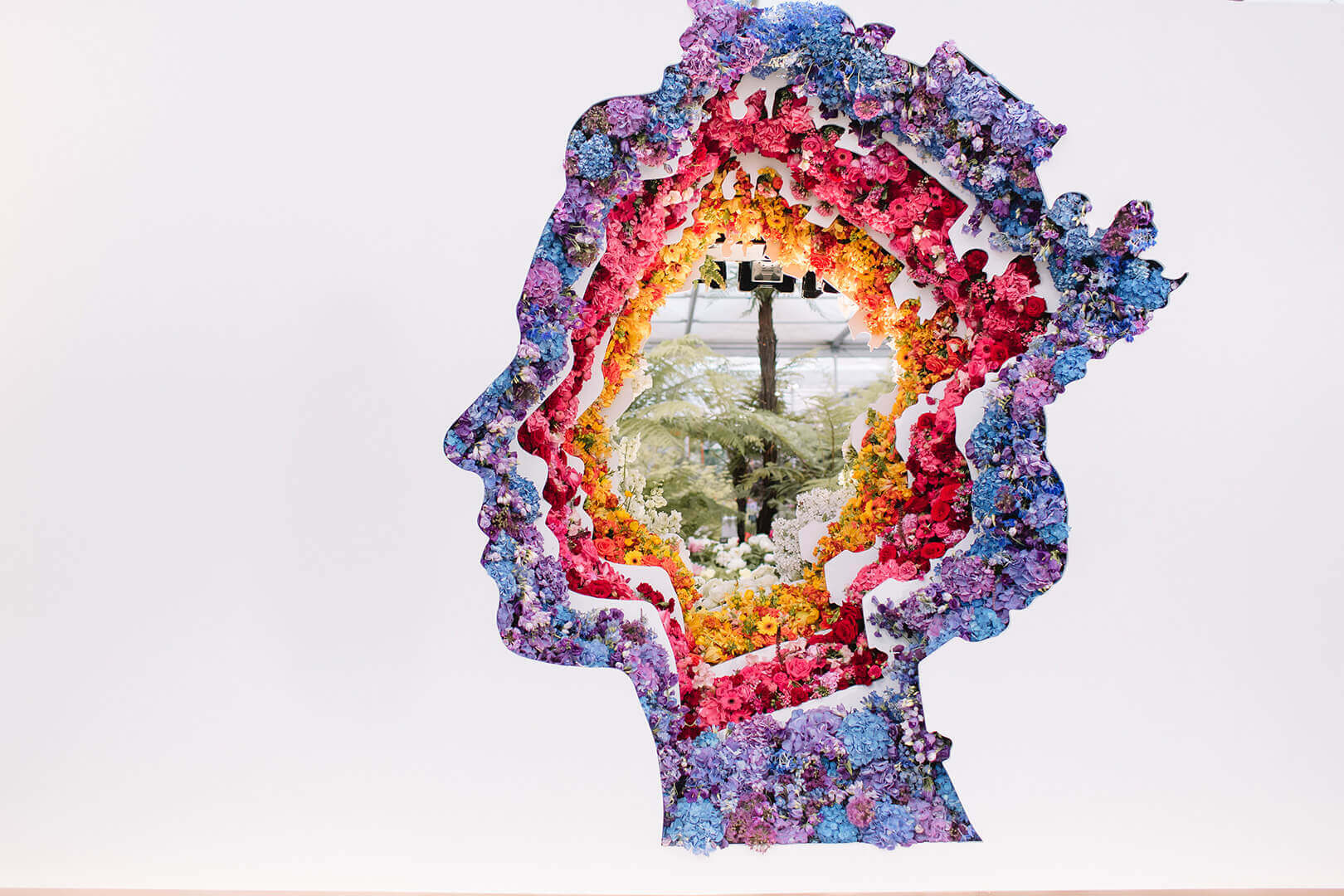